‘Jane put her fingers in her mouth and let out a loud, high-pitched whistle, which caused the whole watch to instantly turn in her direction. A babble of loud, confused voices swept through the lower deck. They responded to bells and hails, but none were too sure what this particular whistle indicated.’  Extract from – Rebellious Cargo.

I was devastated when my alarm failed to go off at 3.30 am, in order to haul myself out of bed to watch the lunar eclipse. I was determined to witness the red moon, but sadly  I woke up at 4.15 am, just in time to miss the whole show.

Alarm bells and calls to action bombard us these days. I’m  still not sure which particular ring, shudder, whistle or ditty indicates what is happening on my electronic devices.

This would not have been a problem in the days of sail. The whistles and bells  heard on board  were understood by all hands and everyone knew where they should be. And God help them if they weren’t at their posts at the prescribed time. The ring of the ship’s bell was an incessant sound that punctuated the day along with the turning of the glass – a sand filled instrument that measured the half hour intervals.  A bit like an egg  timer. Ah…remember egg timers, such simplicity and yet the egg always  turned out perfect.

The sailor’s  day  was split into  5 x 4 hour watches and 2 x 2 hour watches (the dog-watches). Each watch was punctuated every half hour by  the ringing of the bell and turning of the glass. Half an hour into a watch  there would be one ring of the bell, one  hour into the watch two rings of the bell and so on until eight bells signalled  the end of a 4 hour watch.  The bell ringing  made everyone aboard aware of how much longer they had to work  before they could finish their watch.

The two shorter watches  made  the total shifts an odd number, therefore facilitating  the shift rotation, so  the same crew were not always on  duty  at the same times of the day.  It also ensured that everyone could eat the  evening meal at a reasonable time.

I learnt quite a lot about  life  at sea whist writing  my latest historical novel. Rebellious Cargo.  A tale of passion and intrigue set on a naval frigate  against the backdrop of Nelson’s navy.

Here is a taster Jane Charlesworth, daughter of England’s foremost code breaker, is the only person thought capable of deciphering a vital government document. But when a naval frigate is sent to enlist her services and transport her to Malta, Jane is horrified. Haunted with terrible memories of an earlier voyage, she has no intention of putting herself under the protection of the Admiralty ever again.

Anxious to be at the forefront of the action as the peace with France crumbles, Adam Marston is livid when his ship is diverted to collect a reluctant blue-stocking whose accusing eyes and insolent manner hold nothing but contempt for him and his orders. Sparks fly when captain and code breaker find they have different ideas on how to handle a French attack, a malicious chaplain, and boisterous midshipmen.

Duty and desire collide as they approach Malta, but Jane is determined that her judgment will not be clouded by Adam who, once he has despatched his Rebellious Cargo, will sail out of her life again. But, as the ship docks, Jane’s life becomes a nightmare and she is forced to gamble that Adam is the only person she can trust.

As passion battles with duty, will future orders throw them together or tear them apart? 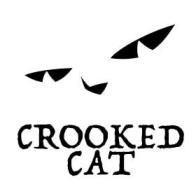 7 thoughts on “Four bells ! But it’s the dog watch so we can push off early. The naval clock.”