Over to you Jennifer.

Hi Susan, and thanks for hosting me today, as part of Kindred Spirits: Tower of London’s first birthday weekend. It’s amazing, and slightly mad, to think it’s been a whole year since it was released, but to celebrate, it’s currently just 99p/c in e-book form, until the end of Halloween. 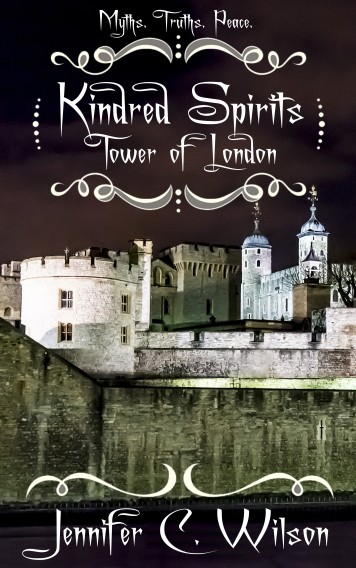 The fact that for that whole year (and, of course, some time before the release!) my leading man has been Richard III, makes it even more special. It’s funny to think that ten years ago, I didn’t know a thing about him, and was only vaguely aware of Shakespeare’s version of events. I remember the moment of realisation when it dawned on me that the Princes in the Tower (who I had just about heard of) were Henry VIII’s uncles, as I read one of Philippa Gregory’s books. Having finished most of her Tudor series, I began to go ‘back over’, reading a range of biographies and non-fiction books, finding out more of what went on before the monster took the throne. I wasn’t that interested in his father, Henry VII, but Richard III… Well, what girl can resist a misunderstood bad boy??
Don’t get me wrong, he was no saint, and I’d never try to paint him as such, but several people have pointed out that quite a few famous nephews have disappeared throughout history, whose uncles just ‘happen’ to have taken their place as next in line to power. The delightful King John’s path to the throne was helpfully cleared by Arthur of Brittany ‘vanishing’, and once again, his body was never found. At least Richard III proved to be a decent king, even with only two years to rule; a fact quite often overlooked, with most people looking at the events which book-ended his time in power – the Princes vanishing, and the Battle of Bosworth.
But he did a lot of good for the country, including establishing the Court of Requests, where the poor could seek justice, he banned restrictions on the sale and printing of books, and (in a move close to my heart) cut down on fraudulently selling short measures of alcohol.
You can see why there are definitely two ‘camps’ when it comes to Richard III. Yes, he did some terrible things (the execution of a formerly-close friend William Hastings was particularly deplorable), but to be fair, which medieval monarch can claim they didn’t? The dynasty which took his place after Bosworth was surely even more bloodthirsty, wiping out rivals or enemies without a second thought. Now, with his body having been found, he’s back in the public mind, and it’s nice to see him getting a slightly fairer treatment.
I shall now get down off my soap-box, but hopefully, if you’re willing to give his ghost a chance to tell his side of the story, you’ll enjoy listening to what I would like to imagine he and the others who occupy the Tower of London get up to when we’re not watching (and sometimes, when we are). I know I enjoyed writing it! Happy birthday, Kindred Spirits: Tower of London.
Kindred Spirits: Tower of London
A King, three Queens, a handful of nobles and a host of former courtiers…
In the Tower of London, the dead outnumber the living, with the likes of Tudor Queens Anne Boleyn and Katherine Howard rubbing shoulders with one man who has made his way back from his place of death at Bosworth Field to discover the truth about the disappearance of his famous nephews.
Amidst the chaos of daily life, with political and personal tensions running high, Richard III takes control, as each ghostly resident looks for their own peace in the former palace – where privacy was always a limited luxury.
With so many characters haunting the Tower of London, will they all find the calm they crave?

ennifer is a marine biologist by training, who developed an equal passion for history whilst stalking Mary, Queen of Scots of childhood holidays (she since moved on to Richard III). She completed her BSc and MSc at the University of Hull, and has worked as a marine environmental consultant since graduating.
Enrolling on an adult education workshop on her return to the north-east reignited Jennifer’s pastime of creative writing, and she has been filling notebooks ever since. In 2014, Jennifer won the Story Tyne short story competition, and also continues to work on developing her poetic voice, reading at a number of events, and with several pieces available online. Her debut novel Kindred Spirits: Tower of London was published by Crooked Cat Publishing in October 2015.